The artist’s Instagram post ignores the contributions many women of color have made to the kind of confessional music Del Rey claims to have popularized. 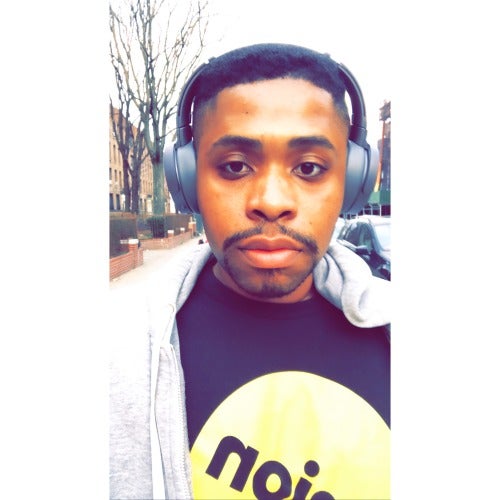 We at BuzzFeed News are proud to bring you a range of stories, from the serious to the lighthearted. To help keep it all free, become a member and sign up for our newsletter, Outbreak Today.

“Question for the culture” is how singer Lana Del Rey began her Instagram post this morning, a tell for me — and the internet more broadly — that we were about to witness a gloriously embarrassing moment of Peak White Woman Behavior.™

In her post, which appears to be a screenshot of a note written in a Word doc, Del Rey writes: “Now that Doja Cat, Ariana, Camila, Cardi B, Kehlani and Nicki Minaj and Beyoncé have had number ones with songs about being sexy, wearing no clothes, fucking, cheating, etc — can I please go back to singing about being embodied, feeling beautiful by being in love even if the relationship is not perfect, or dancing for money — or whatever I want — without being crucified or saying that I’m glamorizng abuse??????”

She goes on to claim that her albums have “really paved the way for other women to stop ‘putting on a happy face’ and just be able to say whatever the hell they wanted to in their music” and how she is “just a glamorous person singing about the realities of what we are all now seeing are very prevalent emotionally abusive relationships all over the world.”

She also seems especially peeved that her “minor lyrical exploration detailing my sometimes submissive or passive roles in my relationships has often made people say I’ve set women back hundreds of years.” The pretext for this note is that she is releasing two books of poetry and an album this fall.

There’s an entire history of women singers and songwriters making music — the kind Del Rey seems to believe she invented — who are completely erased by her statement.

Reactions to Del Rey’s post were swift and brutal. “Lana Del Rey erased the work of Black women and played the oppression Olympics, just to promote two poetry books and an album. The Caucasity of it all,” wrote Danielle Kwateng-Clark, culture and entertainment director at Teen Vogue. “I don’t know who was giving Lana Del Rey a hard time but I’m pretty sure it wasn’t Black women,” said writer and speaker Jamilah Lemieux. “Girl, sing your little cocaine carols and leave us alone.” As writer Ashley Reese for Jezebel put it, “The optics of Lana, a white woman, complaining about feminism lacking space for her while critiquing the acclaim allotted to several black pop artists is mortifying.”

Now, before any Del Rey stans come for me, let me just say: I have adored her music since that fateful day I stumbled upon her “Born to Die” music video in 2012. I absolutely stan a lackadaisical bop, OK! Has Del Rey faced unfair criticism from reviewers because of her content? Yes, because she is a woman artist in a male-dominated industry. But her statement is arrogant and ahistorical. The idea that she ushered in a wave of women artists singing about sex and failed relationships is just absurd when there were many before her who have sung about the very same subject. And she fails to recognize that the majority of the women she named, many of whom are black or women of color, have endured a lot of the same struggles as Del Rey — and often to a greater extent because of their race. There’s an entire history of women singers and songwriters making music — the kind Del Rey seems to believe she invented — who are completely erased by her statement.

To highlight how obviously hollow Del Rey’s argument is, let’s begin with one of the artists she name-checks, Beyoncé. While her 2016 album Lemonade is considered a magnum opus on such intimate, confessional subjects as marital infidelity, sex, and sisterhood, Beyoncé has been singing songs about those topics for decades, ever since she was in Destiny’s Child. Songs like “Say My Name” and “Bills, Bills, Bills” were about trifling, emotionally exploitative men and were written more than a decade before Lana Del Rey was on the scene. And while Beyoncé may be praised now for her defiant sexuality, she has also been criticized for it repeatedly, by the likes of people as disparate as Annie Lennox and Bill O’Reilly.

Then there’s Janet Jackson, whose 1997 album The Velvet Rope, was a landmark personal album. The album included songs about sex (“Rope Burn” and “Tonight’s the Night”) and abusive relationships (“What About”). These were edgy, adult confessional songs that came out when Del Rey was approximately 12 years old. How’s that for a pioneer? The singer Jessy Wilson, summarized the common sentiment among black folks well, in a now-deleted comment on Del Rey’s original post: “black women have been singing about sex, abuse, being submissive and aggressive in relationships, and being glamorous for DECADES. Know your history. millie jackson, betty wright, betty davis, mary. j blige….SO MANY. you were far from the first to write and sing from these places. this post sounds very much like a white privileged girl who is mad because she “feels” like she hasn’t had the freedom to be herself and say what she wants. no one is stopping you. so stop the damsel in distress routine.”

While I’m completely aware this is unsolicited, if Del Rey would like a short, incomplete list of works by women who have been singing about the themes she covets so much, might I suggest Lil’ Kim’s solo debut Hard Core, Meshell Ndegeocello’s Peace Beyond Passion, Lauryn Hill’s The Miseducation of Lauryn Hill, and Jazmine Sullivan’s Reality Show, just to name a few?

Del Rey has been able to thrive in the industry, which is something that without question would not happen for a more marginalized artist.

Another puzzling thing about Del Rey’s missive is that she writes as if she has been criticized in a way that no other woman artist has, which is just not true. “There has to be a place in feminism for women who look and act like me — the kind of woman who says no but men hear yes — the kind of women who are slated mercilessly for being their authentic, delicate selves, The kind of women who get their own stories and voices taken away from them by stronger women or by men who hate women,” Del Rey writes.

But it’s a fallacy that Del Rey has somehow been maligned more than other women artists. Unfortunately, such criticism has been part of the mainstream music game for decades (Britney, Christina, and Mariah all faced backlash once they shed their wholesome images and began embracing music with more taboo themes.) Despite years of having fine to middling reviews — again, I think her music is great — Del Rey has been able to thrive in the industry, which is something that without question would not happen for a more marginalized artist.

Ultimately, though Del Rey seems to clearly be Going Through It, her criticism comes off as another case of a white woman complaining about a valid issue without recognizing her own privilege in the matter. You want to lash out at reviewers, fine, but don’t — even if it’s not intentional — diminish the accomplishments of black women artists, as well as those who came before you, just because you feel slighted. ●