on: May 30, 2020In: ENTERTAINMENT, KANNADA MOVIESNo Comments 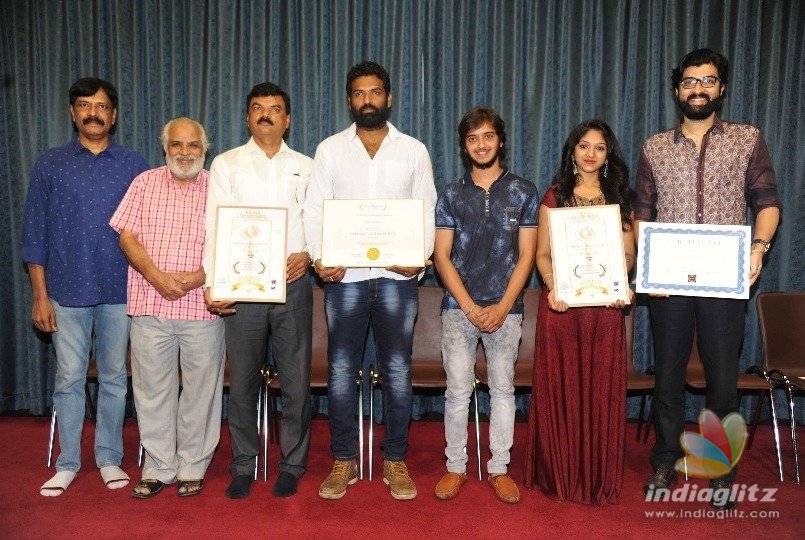 A film for the family audience and younger generation ‘Edakallu Guddada Mele’ has clinched four awards at the international level even before release in local market and this is what makes producer GP Prakash, director Vivin Soorya, actress Swathi Sharma very happy.

My friends told me to invest on land for good returns. I am already a realtor. But I took chance of making a film with good purpose says GP Prakash. Director Vivin Soorya feels satisfied as his thought is recognized. He wanted a film for all generations and that is fulfilled in this film. Awards further strengthen us he says.

Purple Arrow head Srinivas in to the business of taking quality Kannada films to international level is very confident of Kannada films getting good market and good business done in the coming days. On a couple of lakhs of rupees Srinivas and team reach the international festivals. He has been doing it so for nearly 60 films. He promises money would come for producer with awards in the later stages.

Dharmendra Urs character actor was in full enthusiasm. He almost disclosed the content on which this film is done. He was carefully handled by anchor Yethiraj. Dharmendra Urs plays the role of an advocate.

National award winning actor Dattanna wants something new to do in local level first. Retaining the film for one week in theatres and getting audience should work out first he feels on the grave necessity of today. As Dattanna had seen many of the quality films not getting right audience suffering with losses and someone should come up with new concept he hopes.