Posted By: msaaadminon: May 31, 2020In: TELUGU MOVIESNo Comments
Print Email

The title of Mahesh Babu’s 27th film is out. It is ‘Sarkaru Vaari Paata’. Releasing the title logo, the makers of the big-ticket entertainer also unveiled the film’s first poster marking Superstar Krishna’s birthday on Sunday.

The imprint of a one rupee coin is stamped on Mahesh Babu’s neck in the first poster. The buzz is that the film deals with grand corruption involving the government and the private sector.

Written and directed by Parasuram of ‘Geeta Govindam’, the film is produced by Mythri Movie Makers, 14 Reels Plus, and GMB Entertainment.

Unveiling the poster, Mahesh said, “Here it is!!! #SarkaruVaariPaata. Blockbuster start for another hattrick.” The director said, “My long wait to direct Superstar Mahesh Babu garu has just ended!!! Overjoyed and eagerly waiting to be on the sets. It’s a dream come true!”

The heroine’s name is yet to be announced. Music is by Thaman. Cinematography is by PS Vinod. Editing is by Marthand K Venkatesh. Art Direction is by AS Prakash. 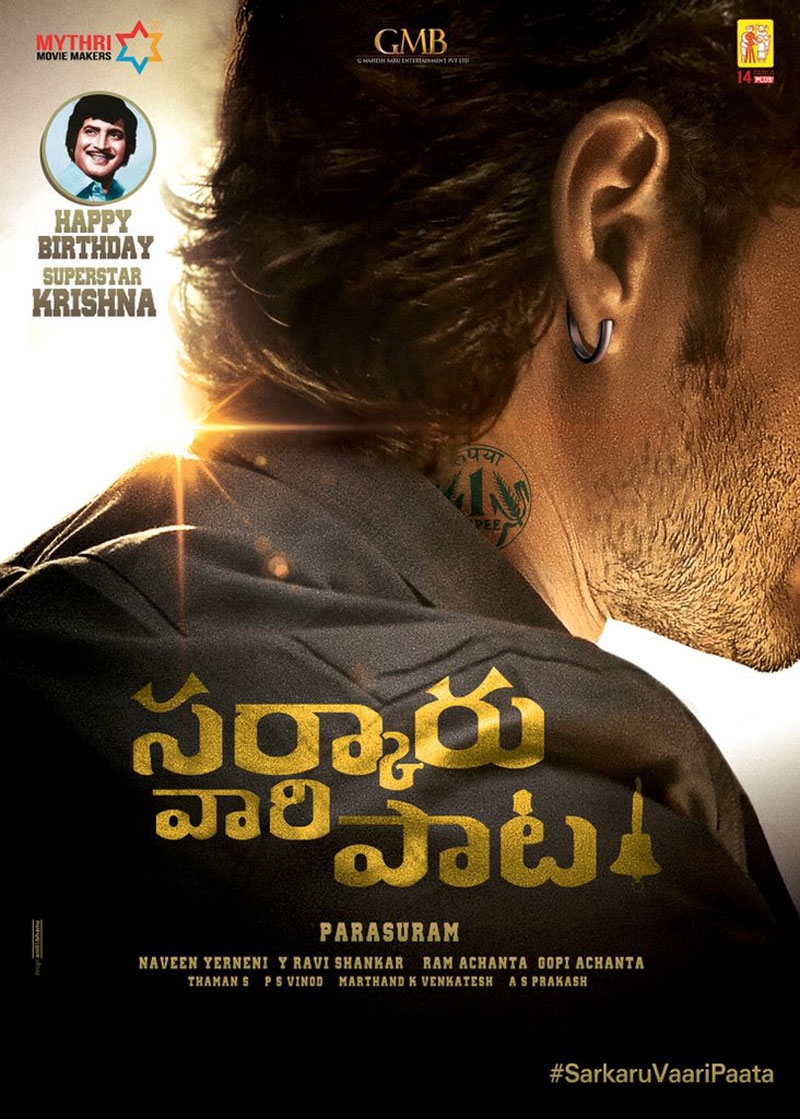