Chinese Ambassador to Israel Du Wei, who was appointed envoy in February in the midst of the coronavirus pandemic, was found dead in his home north of Tel Aviv on Sunday. 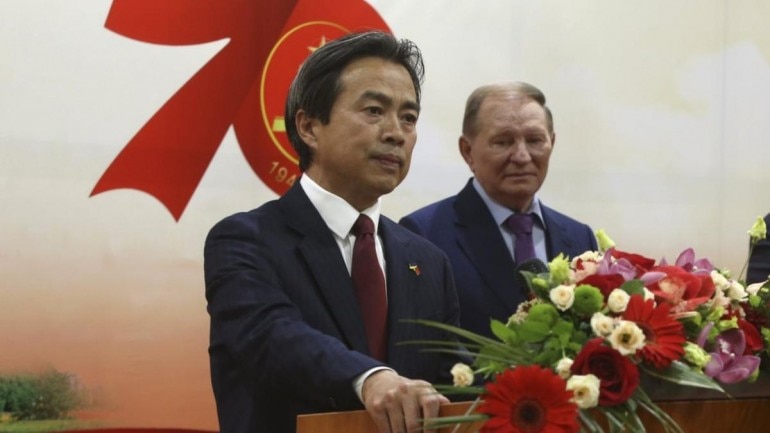 The Chinese ambassador to Israel was found dead in his home north of Tel Aviv on Sunday, Israel’s Foreign Ministry said.

Israeli Police Spokesman Micky Rosenfeld said the ambassador’s death was believed to be from natural causes.

Du Wei, 58, was appointed envoy in February in the midst of the coronavirus pandemic. He previously served as China’s envoy to Ukraine. He was found dead at the ambassador’s official residence in Herzliya.

He is survived by a wife and son, both of whom were not in Israel.

Israel enjoys good relations with China. Bilateral trade has grown in recent years, as have American concerns over Chinese investment, and concerns over spying on one of its key regional allies.

The ambassador’s death came just two days after he condemned comments by visiting US Secretary of State Mike Pompeo, who denounced Chinese investments in Israel and accused China of hiding information about the coronavirus outbreak.

Pompeo told Hebrew-language daily Israel Hayom that the US and Israel have an opportunity to “build upon our relationship rather than give the Chinese Community Party the opportunity to undermine it.”

The Chinese Embassy published an op-ed in the Jerusalem Post on Thursday rebuffing Pompeo’s claims that China was responsible for the outbreak and American concerns about Chinese investment in Israel.

“We trust that the Jewish friends are not only able to defeat the coronavirus but also the ‘political virus,’ and choose the course of action that best serves its interests,” the embassy said.